How to figure out the vCenter name of a vCloud Director VM?

There is a regular ask in various community channels on how to be able to map the vCloud Director virtual machine name to the exact VM in vCenter Server.

This blog post will look at an easy mechanism to do so since the Flash client is now either deprecated or completely gone depending on which vCloud Director verison you are actually running.

To quickly describe the problem let's look at 2 screenshots. The first one is the view in vCloud Director. 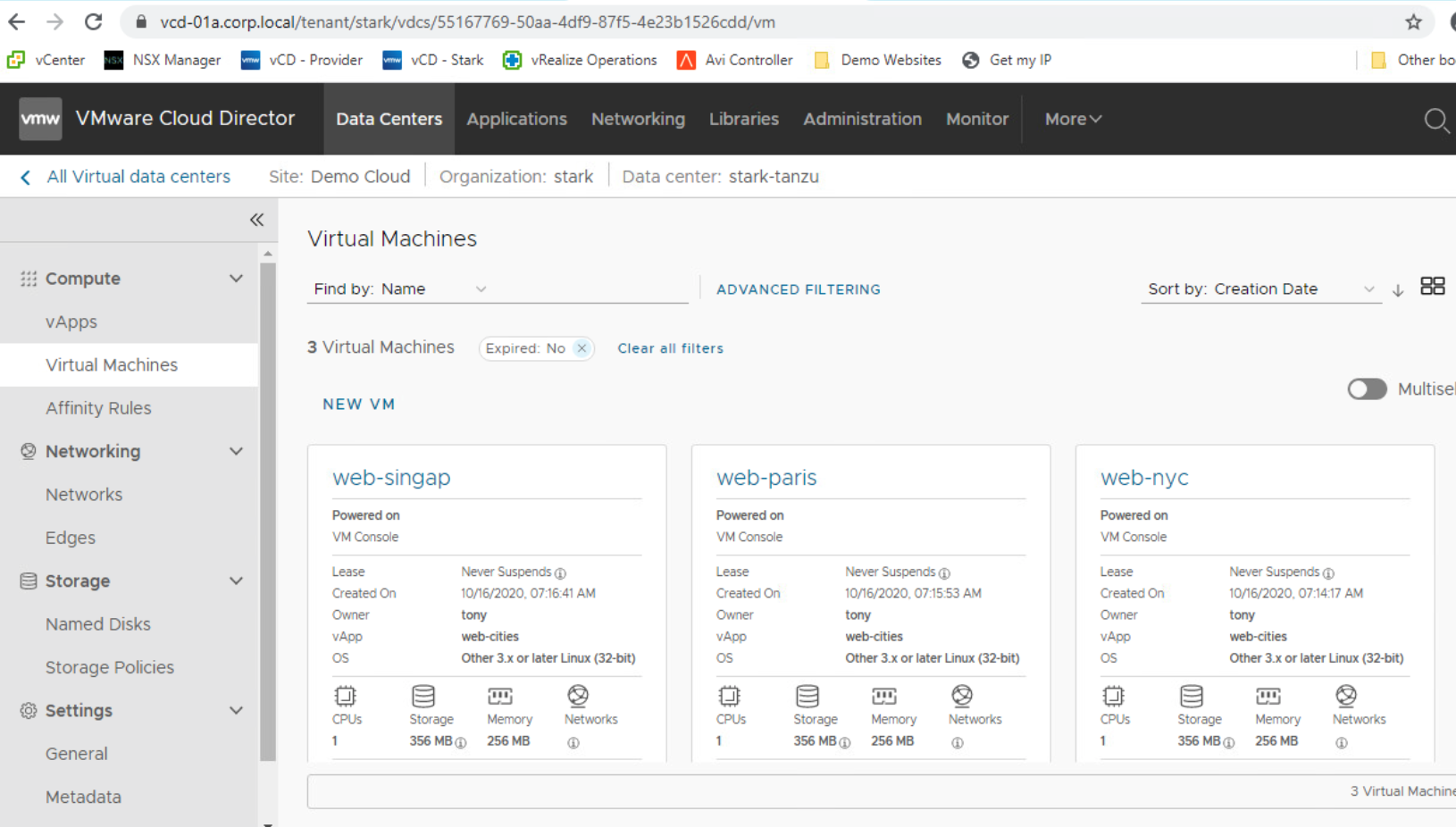 The second view is from vCenter Server. 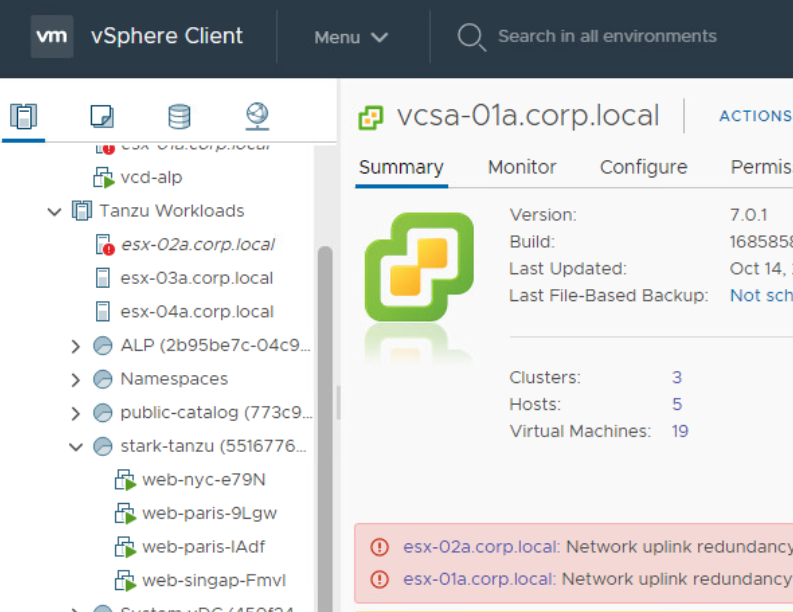 How do you map these 2 now? 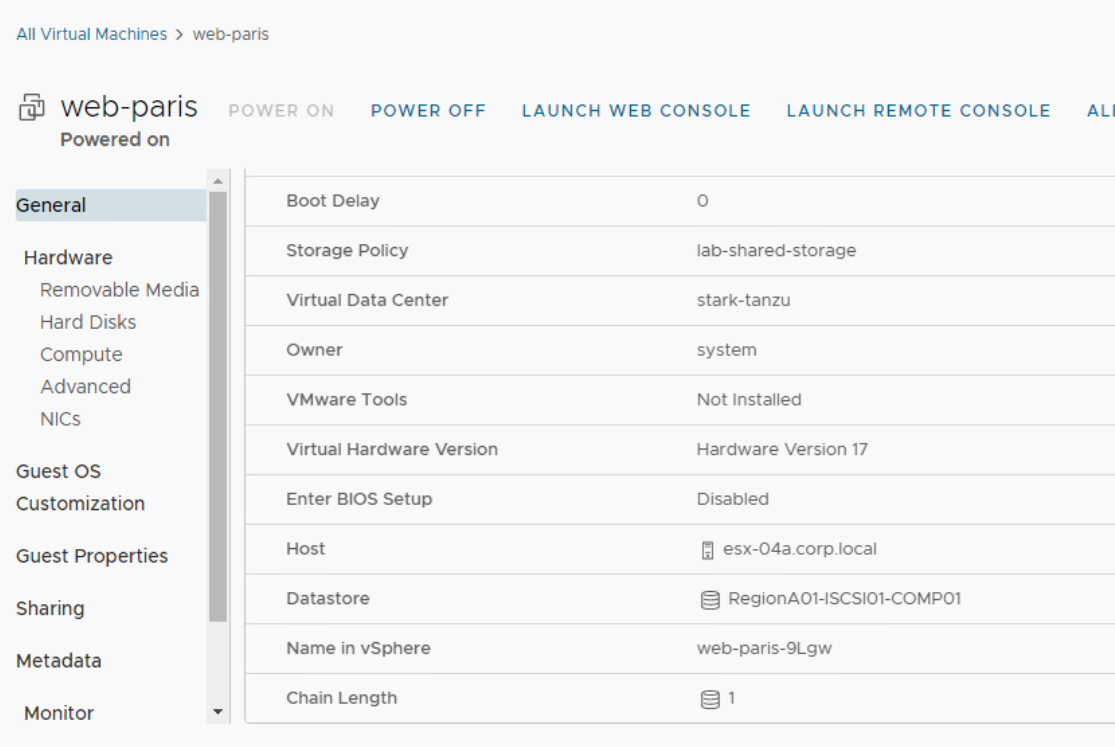 What if you are not running vCloud Director 10.2 or want a more programmable approach though?

We can see that we have 2 virtual machines called "web-paris" in this Org... further investigation shows one is part of a vApp called "web-cities" and the other is a standalone VM.

Let's try to map the "web-paris" VM from the vApp to the actual vSphere VM. First as a system administrator we grab the vCenter Server moref link from the vCloud Extension data of the virtual machine object.

And then in step 2 we query vCenter Server to find the appropriate moref and give us the VM name.

This can easily be scripted on a per Org basis to build out an inventory over hundreds of vApps and VMs to be able to map them in an automated fashion by simply using a couple of loops, I'll leave that exercise up to the reader though ;)